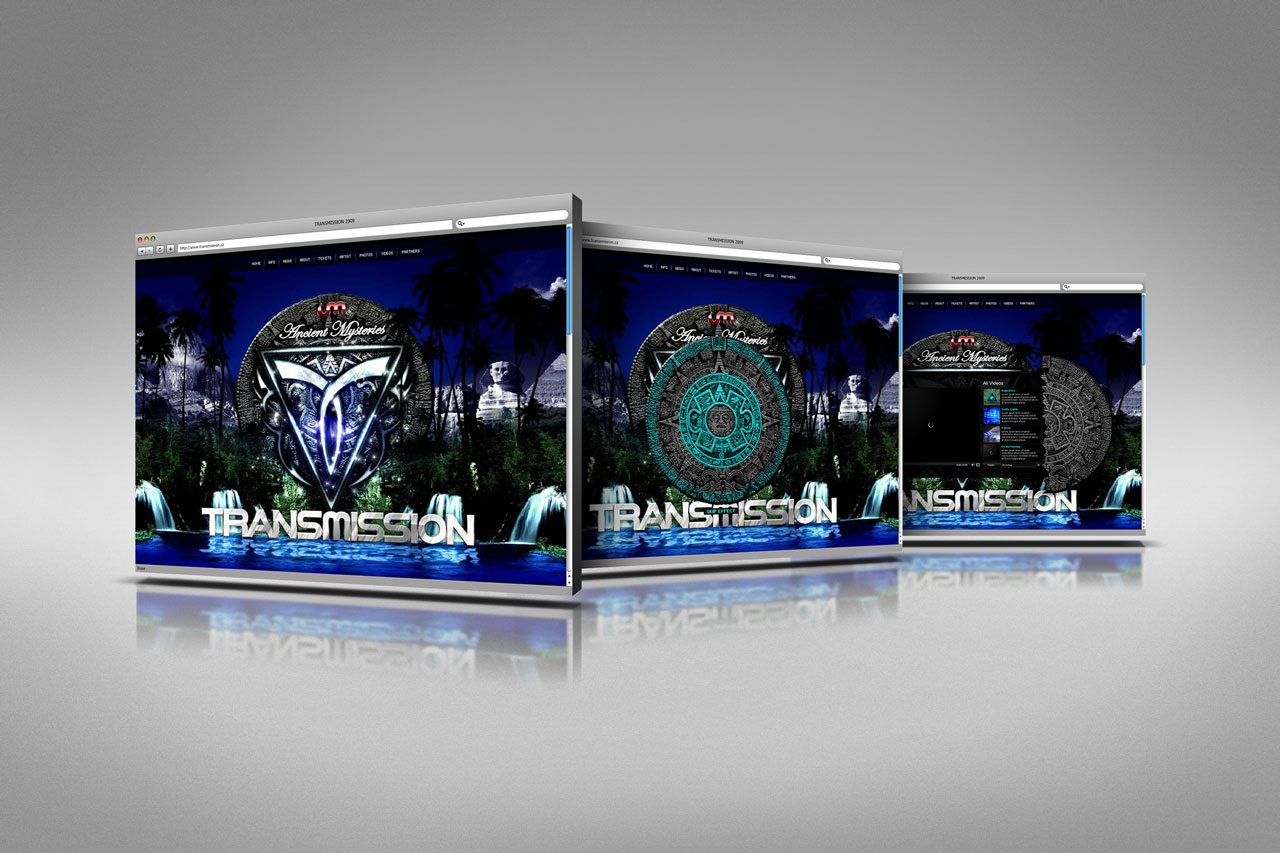 I was not only exited but proud when United Music asked me to produce the flagship site for the 2009 edition of Transmission. Transmission is one of the largest Dance Music events in the Czech Republic. It is produced entirely by United Music and Fans go absolutely nuts over it!