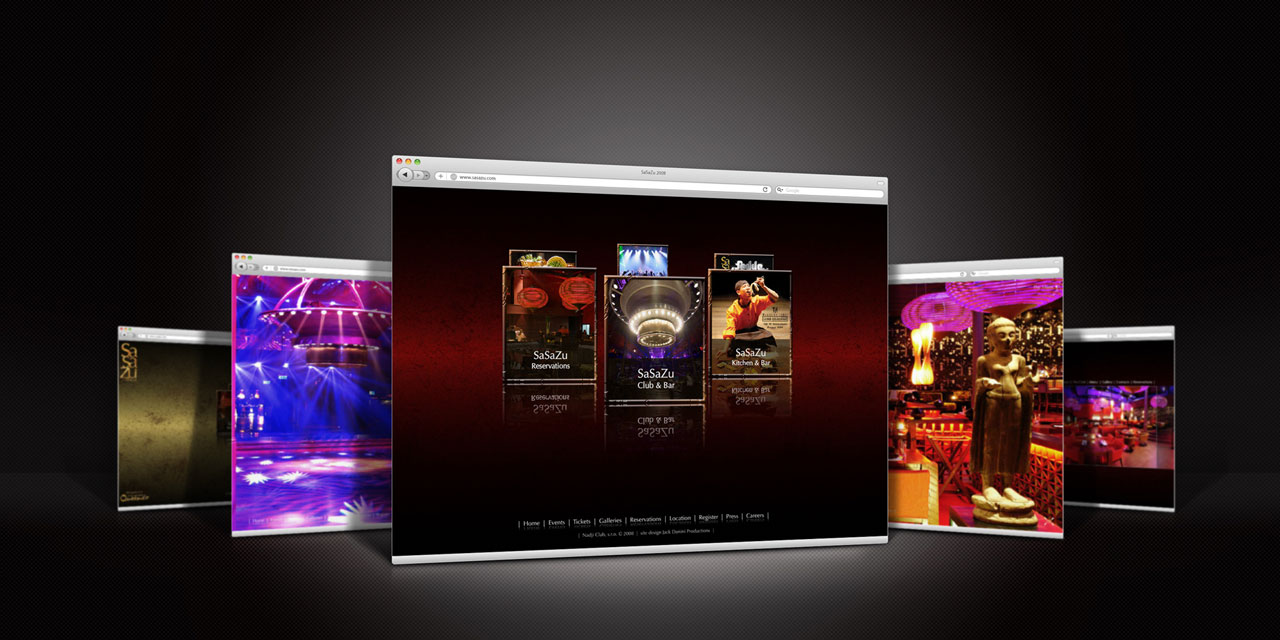 There is so much I could say about this site and my time at SaSaZu Prague, but perhaps it’s best said by SaSaZu’s founding Chef, Shahaf Shabtay:

Mr. Danini was originally hired to be our assistant club manager thanks to his impressive experience in the Restaurant and Night Club industry.  During his interview, he mentioned to us that he also did graphic design, web design, and video production.  So we decided to give him a shot.  His task was to develop a mock of what the SaSaZu site would look like.  To make a long story short, we loved his work and decided to make him our full time Visual Arts Director.  For 2 years now, he has helped us to build what I like to call The Visual DNA of SaSaZu.  With the exception of corporate and external events, every single poster, menu, flyer, postcard, picture, video, and website that you have seen has been created by him.  With Jack and his awesome creativity, we have developed a language that has helped to make SaSaZu what it is today.

Strangely enough, his talents did not end with Visual Arts.  I’m sure all of you have heard of one of our biggest and most successful parties, Bloody Sexy Halloween.  Well since last October, Mr. Danini also jumped on board our production team and successfully organized 20 amazing parties, including last year’s and this year’s Mega Successful Halloweens.  He scouted and found the two hottest promoting companies in Prague, Student Zone and Erasmus Orgasmus, teamed up with them and did what many thought would be impossible; fill our massive venue with 1,500 – 3,000 party people consistently for one year without bringing big artist as the incentive.  His vision was to create extremely original concepts and attract the masses not by means of “who” but by means “what” the party was all about.  He succeeded!

I must now also share some bitter sweet news. The bitter is that Mr. Danini will be moving back home to New York City, and we will very be sad to see him leave.  The Sweet is that we are also very happy that he will continue to work with us from New York!  We will miss having a Jack of All Trades around! A Videographer, Photographer, Graphic Designer, Website Designer, and Party Producer all wrapped into one!  But we wish him all the best and look forward to continue working with him, even if it is at a distance.

So now I leave you a small sample of some of his work, as I’m sure most of you have probably seen it at one point or another.  I also would like to say, that if you ever need a Jack of All Trades, this is the man to call.  But just make sure to make your reservation ahead of time, because just like SaSaZu, Jack is always in demand!  Thank you Jack Danini!”  – Shahaf Shabtay December 18, 2010