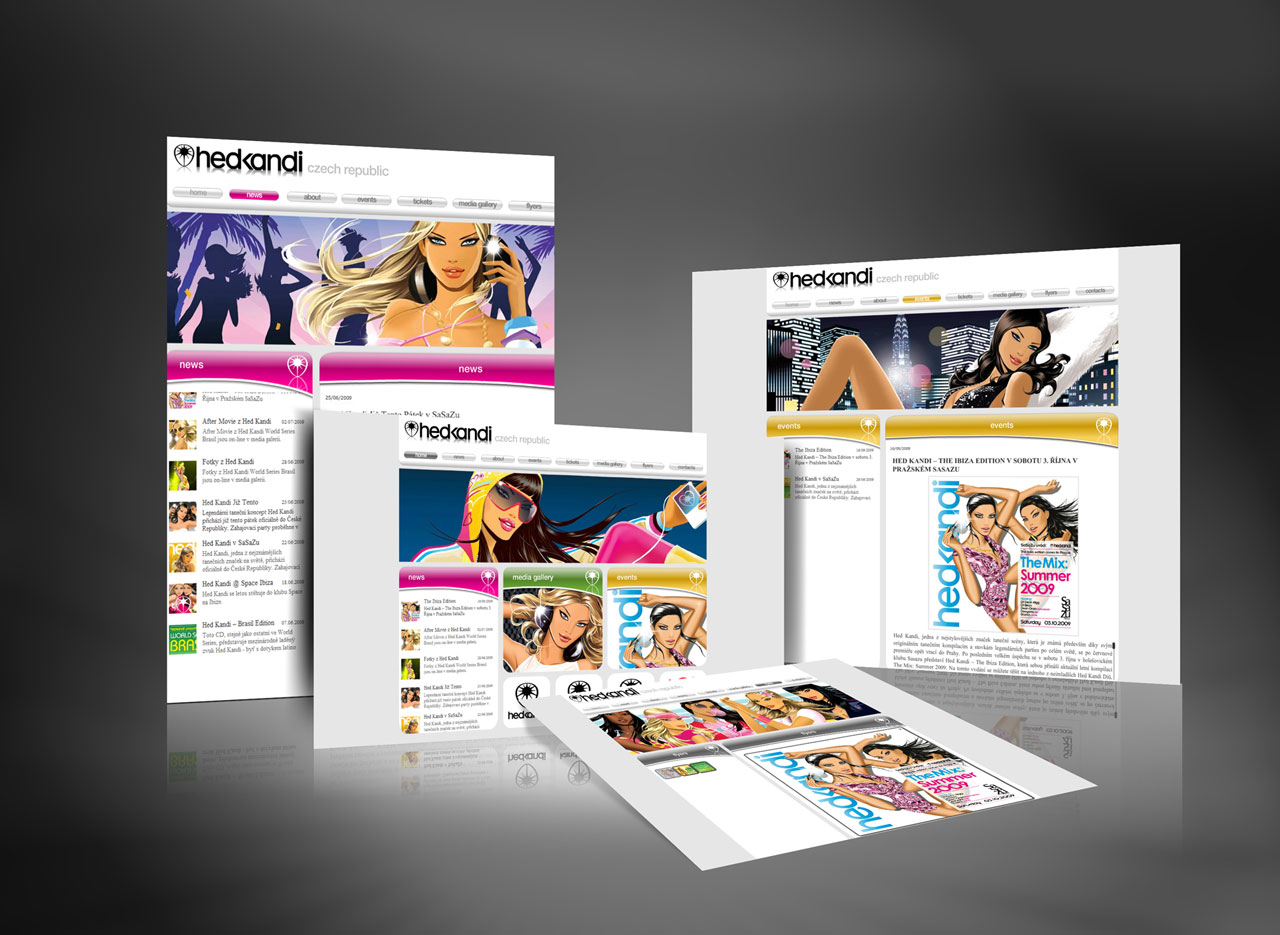 This site was designed for the Czech edition of Hed kandi, which was originally though no longer managed by United Music.