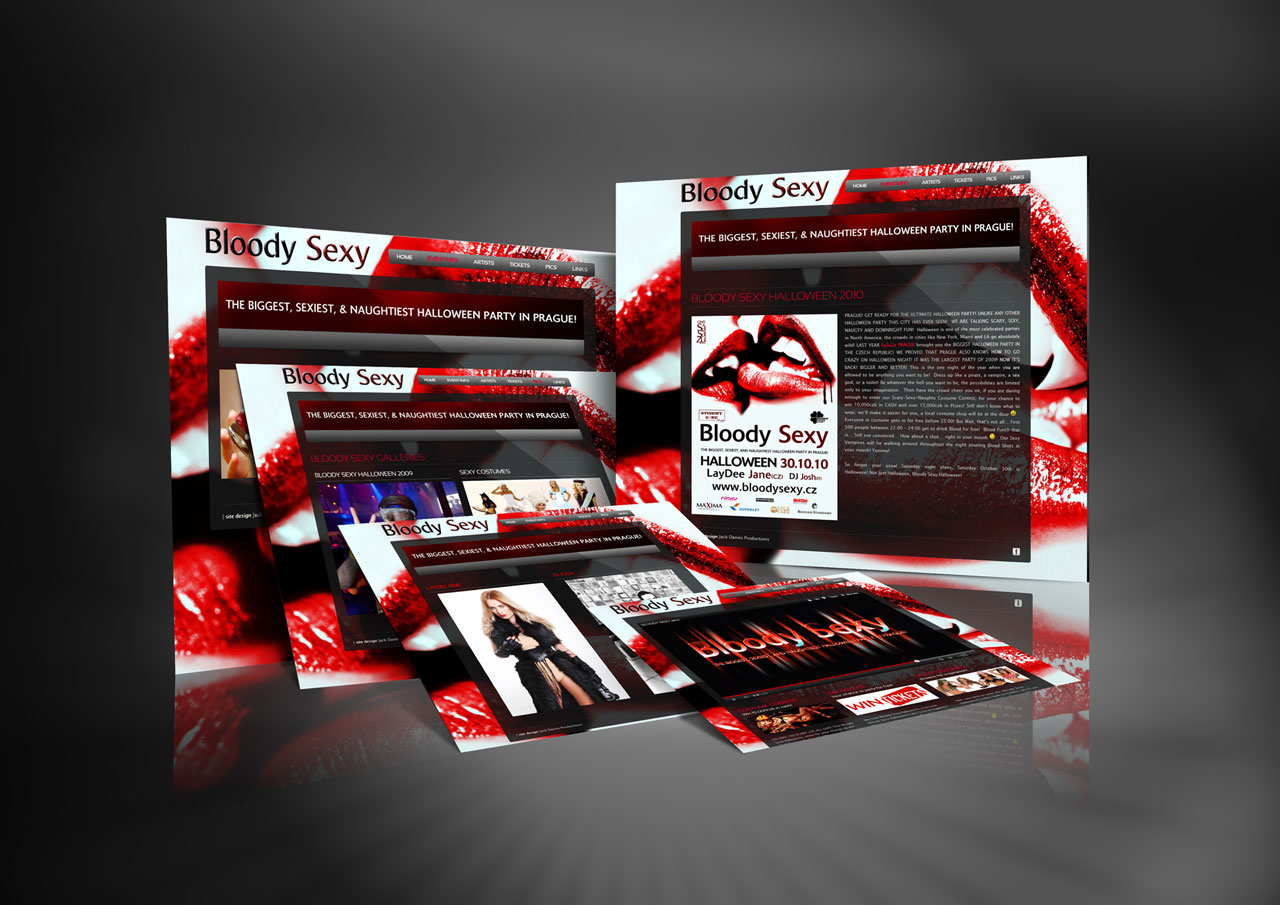 For the last 4 years I have been co-producing Bloody Sexy Halloween. I originally came up with the concept when SaSaZu needed a last minute replacement for their 2009 Halloween party. After developing the idea, I invited two of Prague’s hottest promoters to partake in the event. The result was a mind blowing success! It is now the largest Halloween Event in the Czech Republic, and now divided into a two night event “Halloweekend!” with over 5,000 people attending each year. In addition to creating the concept, I am also responsible for all of the graphic, web, and video materials produced.

After the fist edition of Bloody Sexy I decided the concept was so big that it needed it’s very own site. This here is the 2010 Bloody Sexy website which no doubt helped to bring the event to the level at which it is today.