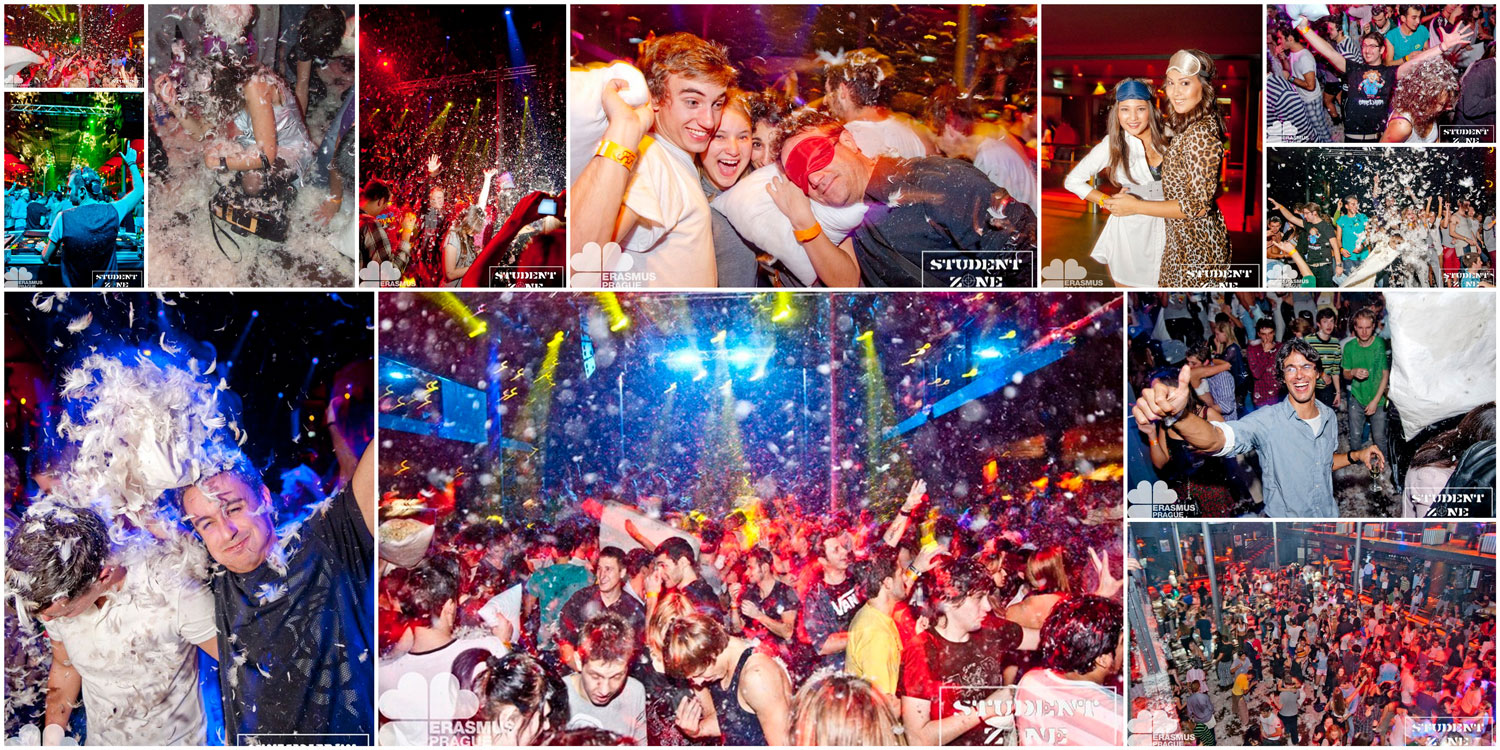 This was another “First of it’s Kind” event for Prague! I again collaborated with Simon Pavuk and Sandro Valigy of Student Zone. By now we had helped SaSaZu establish a reputation as not only the largest club in the Czech Rep. but also the hottest! The idea was to throw the biggest Pillow Fight Party inside a night club, with all of the guest wearing Pijamas. All of the Tables in the club were transformed into beds with mattresses and plenty of pillows to go around. At midnight the club was one GIANT cloud of feathers as everyone went nuts smashing pillows into one another. The event turned out Amazing… The cleaning the next day… well that’s another story.