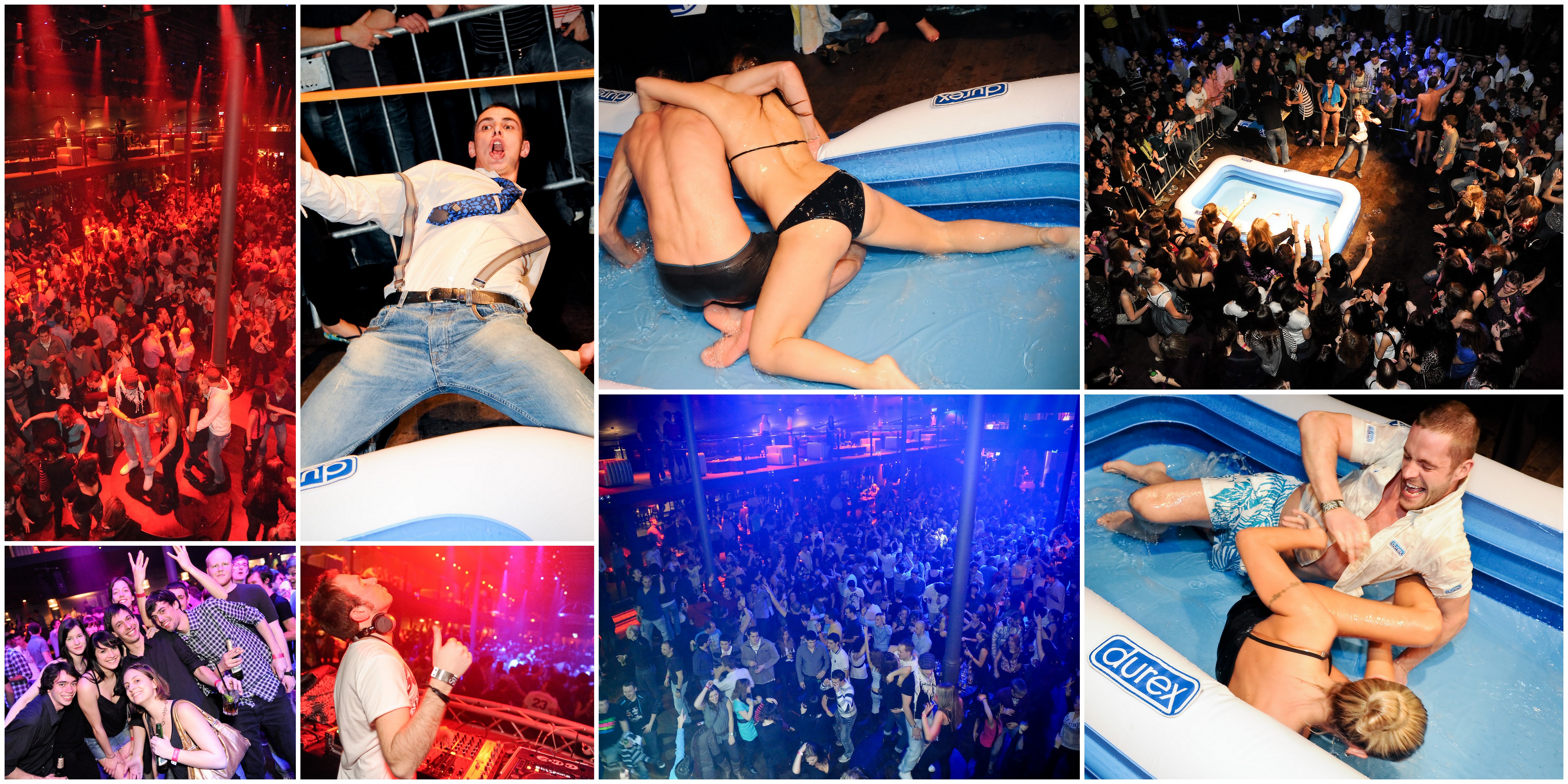 After the Mega Success of Bloody Sexy, SaSaZu asked me to continue producing parties for the club 2 to 3 times per month. I was very fortunate to have teamed up with Sandro & Simon of Student Zone, two of the hottest event organizers & promoters in Prague. With them I produced many amazing events, each very unique and always a first of it’s kind in the Czech Republic.

In “Battle of the Sexes” we divided the c lub in two and forced men and women to be completely separate for the first two hours of the night, allowing them only to talk over barriers that ran straight down the center of the club. At midnight Three Epic Battles between Male and Female Contestants took place, one of which was a wild “Lubrication” Wrestling Match. After the Battles, the barriers that divided the club were lifted and the crowd went wild!