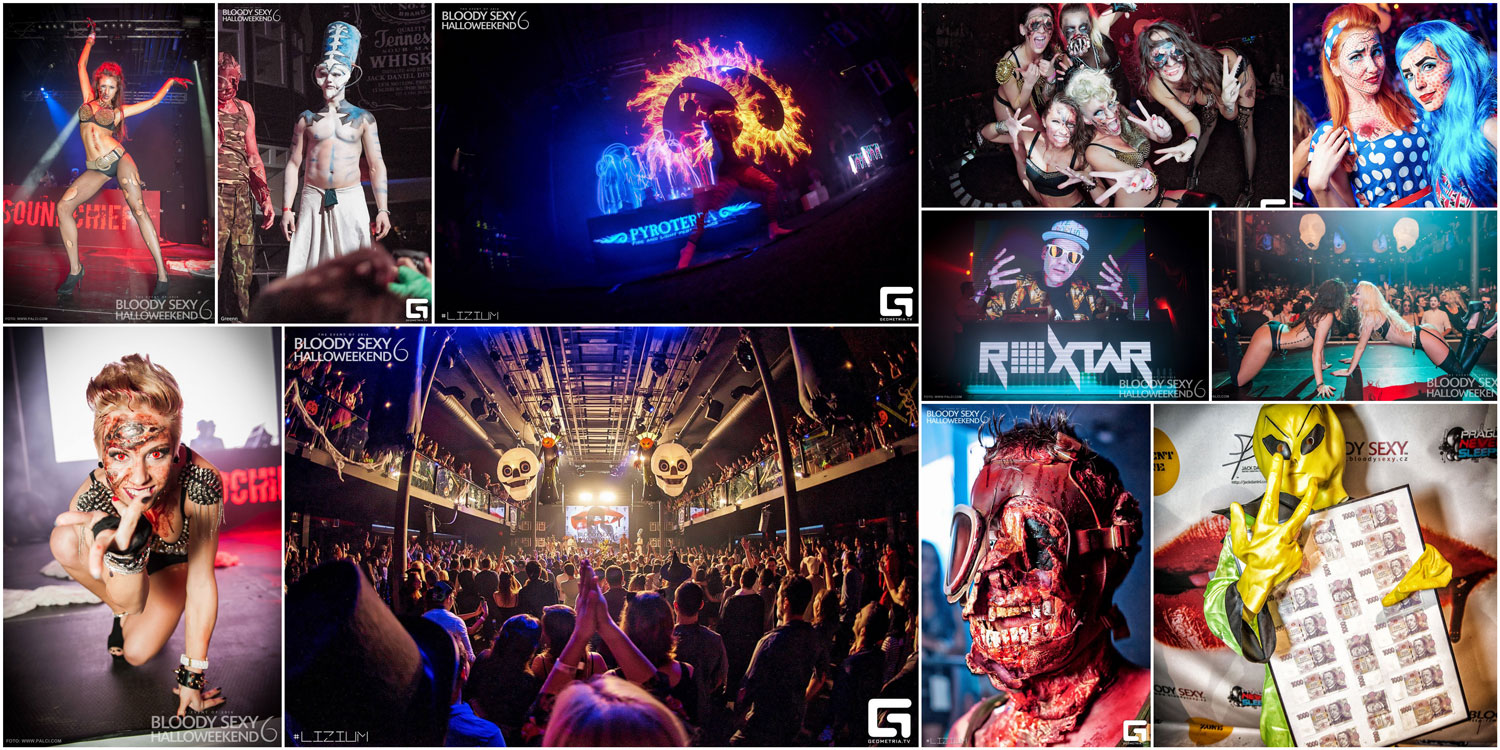 Two weeks prior to Halloween in October of 2009, after DJ Sandy Rivera cancelled, the lead production manager & club manager at SaSaZu both decided it was best to cancel Halloween altogether given the short notice and that fact that Halloween was  a little known holiday in the Czech Republic. Coming from the US, I knew the market value and dimensions of Halloween events and decided to take on the challenge of Producing a Halloween Party at the largest club in Central Europe with only 2 weeks’ notice.  At the time, Halloween was still very new to Czech audiences, and the international crowds in Prague were just dying for an event of this magnitude, but no one had yet brought it to life. I took my past experience working in the Bar and Night Club industry in cities like New York, Miami, Chicago, and Paris and came up with a killer (no pun intended) concept. Shortly after developing the concept, I was contacted by Sandro Valigy of Student Zone, one of the best Event Organizing and Promotion companies in Prague. He and the founder of Student Zone, Simon Pavuk, were interested in organizing events at SaSaZu and so we agreed that Bloody Sexy would be a test run for our collaboration. The result was a mind blowing success! Together we managed to sell out the event and have continued selling out for the last 6 years in a row! Now 7 years later it is not only the largest Halloween Event in the Czech Republic, but in Europe! This year we are thrilled to be moving the event to Forum Karlin, a much larger venue with double the capacity of SaSaZu.

PHOTOS FROM PAST EDITIONS